SVF has conducted extensive research in different countries for our partners interested in learning about their impacts in an academic, and measurable, yet practical manner. The following are the highlights of our activities:

Research into the possible impact of an innovative soil scanner being developed by SoilCares Foundation. We found that the poor farmers could not afford the testing services despite these being helpful and important in providing knowledge on soil quality and harvest. Results from this research have contributed to making the soil testing services more suited to the day-to-day context within which these farmers cultivate their fields. 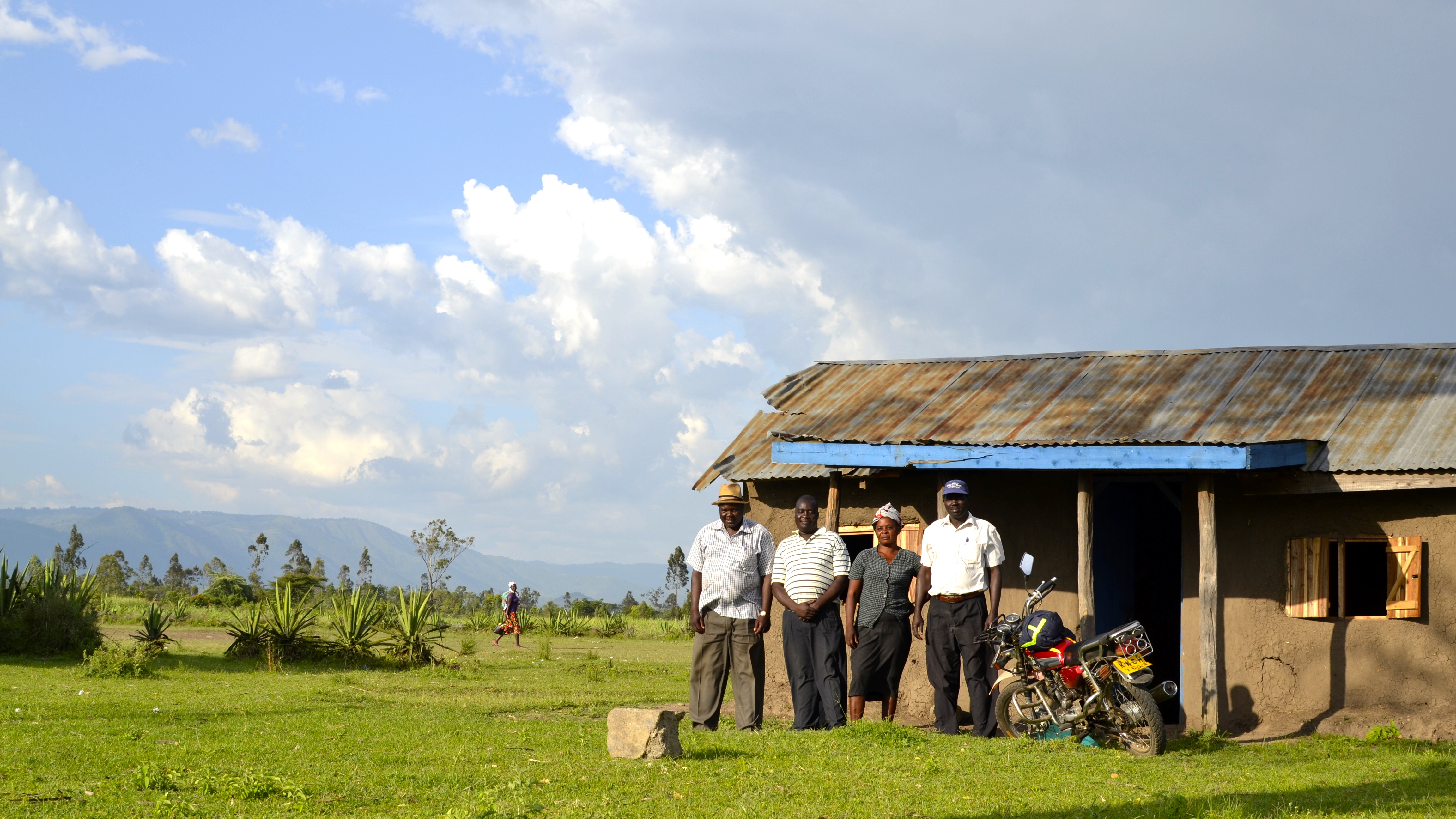 In cooperation with the Netherlands Land Academy (LANDac) and LandForum at Utrecht University, Royal van Zanten commissioned SVF to conduct bottom-up research on the impact of its flower farm in Uganda on the lives of its employees and the surrounding communities. By joining the company as an employee and picking flower cuttings with a team of locals, and through regular visits to the surrounding communities, our researcher collected information from ‘under the radar’ that helped Royal van Zanten gain an insight into the lives of its workers and how to cater for their needs, thereby helping the client to map potential impact pathways. 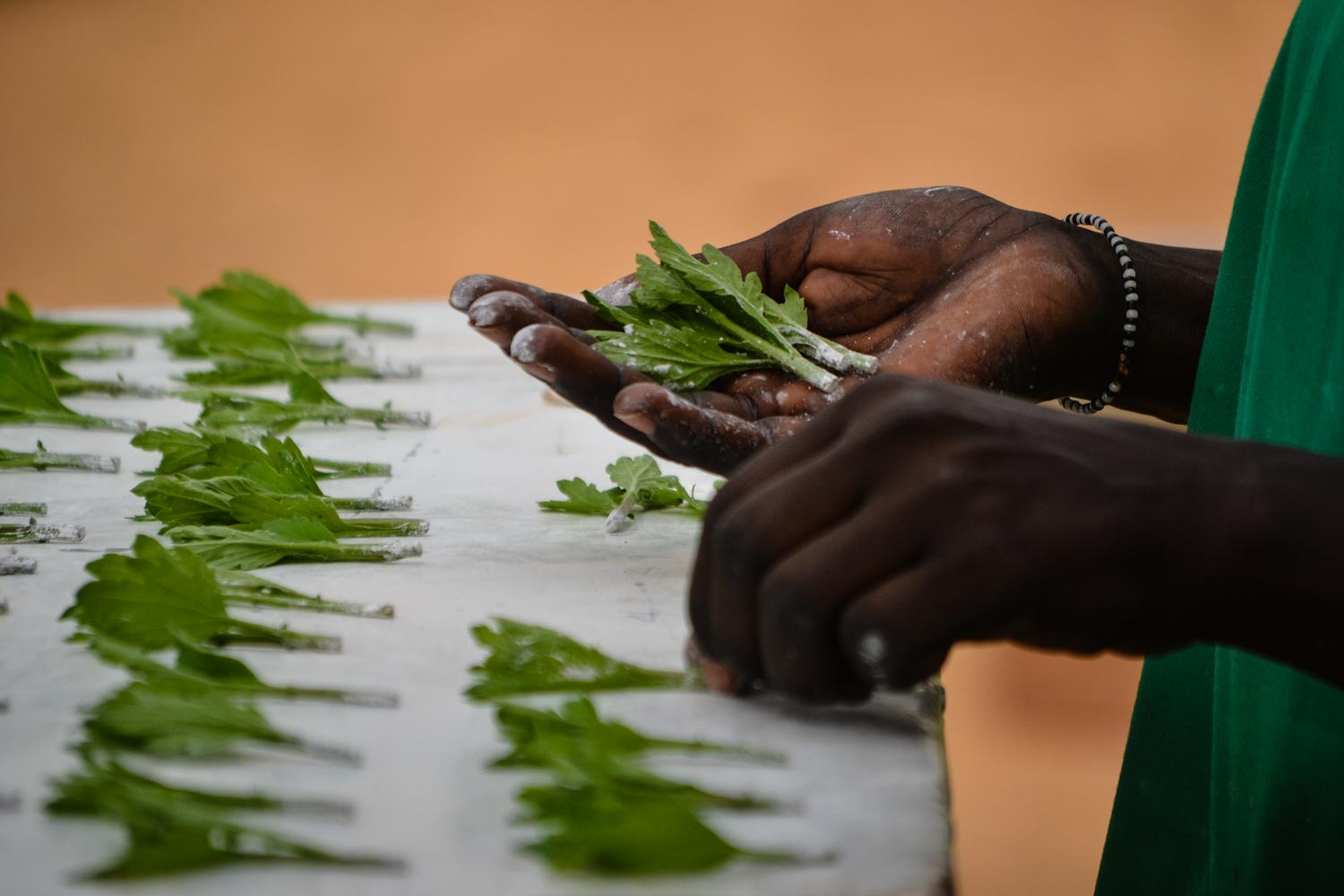 In cooperation with LANDac and the LandForum at Utrecht University, Nitubaasa, a coffee buying company from Uganda, headed by a Dutch entrepreneur, expressed interest in a research project. The project aim was to explore business opportunities on mount Elgon in eastern Uganda with a strong focus on the local context and existing social relations to which this entrepreneur was about to extend his operations. Furthermore, the company was engaged in the first steps of an NGO-funded project to boost youth and women leadership in agriculture. The research project therefore had a particular focus on youth and women involvement in coffee farming and processing today and in the future. 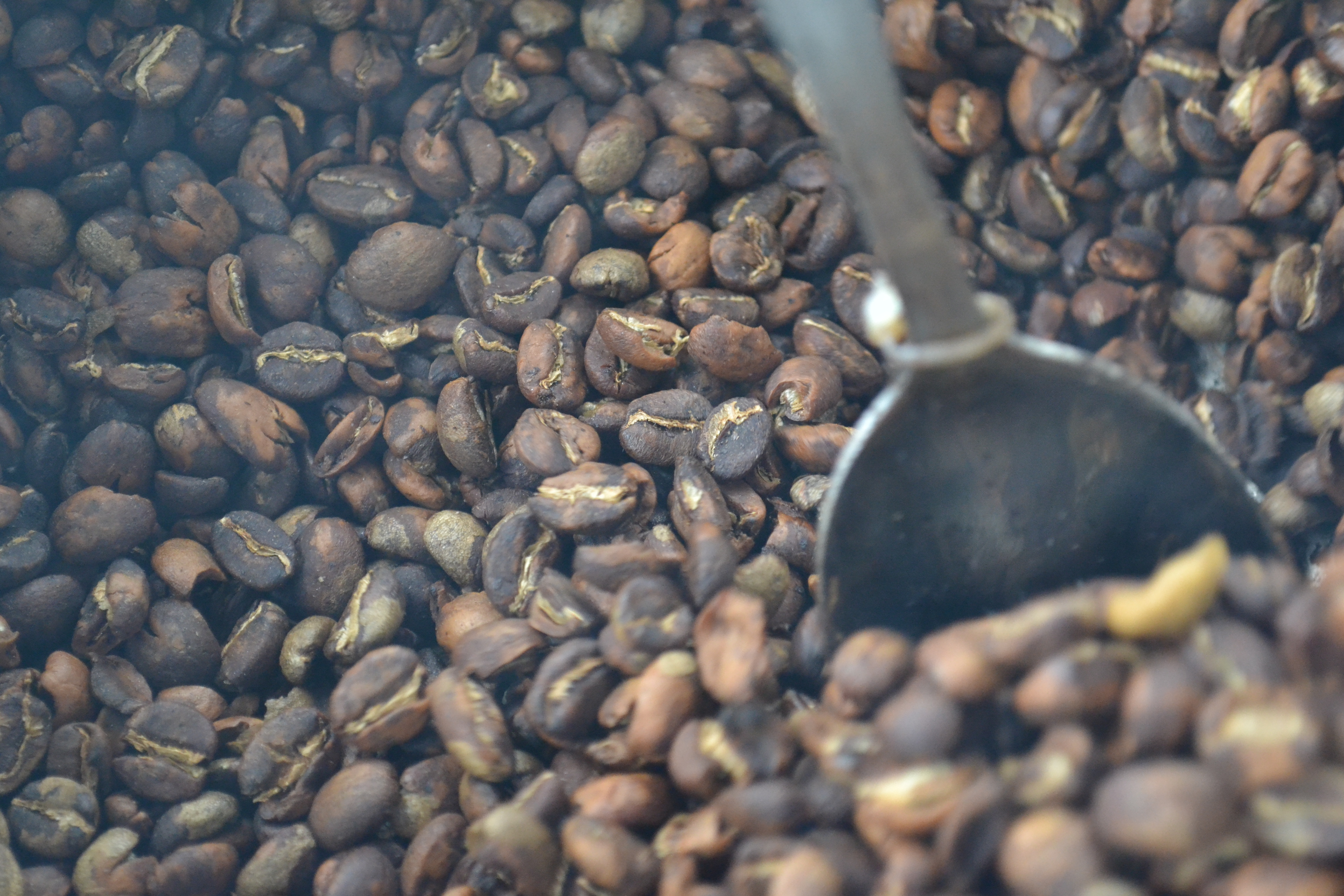 Vossen Laboratories, a Dutch company that develops and produces innovative liquids in both agricultural and industrial sectors,  tapped SVF to identify possibilities to make inroads in introducing their products in Kenya. Fieldwork interviews have emphasised the difficulty facing small- and medium-scale farmers in applying agricultural inputs. Simultaneously, these farmers could greatly benefit from crop strengthening inputs as long as they are applied alongside proper soil maintenance, good quality seeds and yield administration.  This calls for integrated crop management, or similar approaches that appreciate the need for service provision across a wider range of activities. 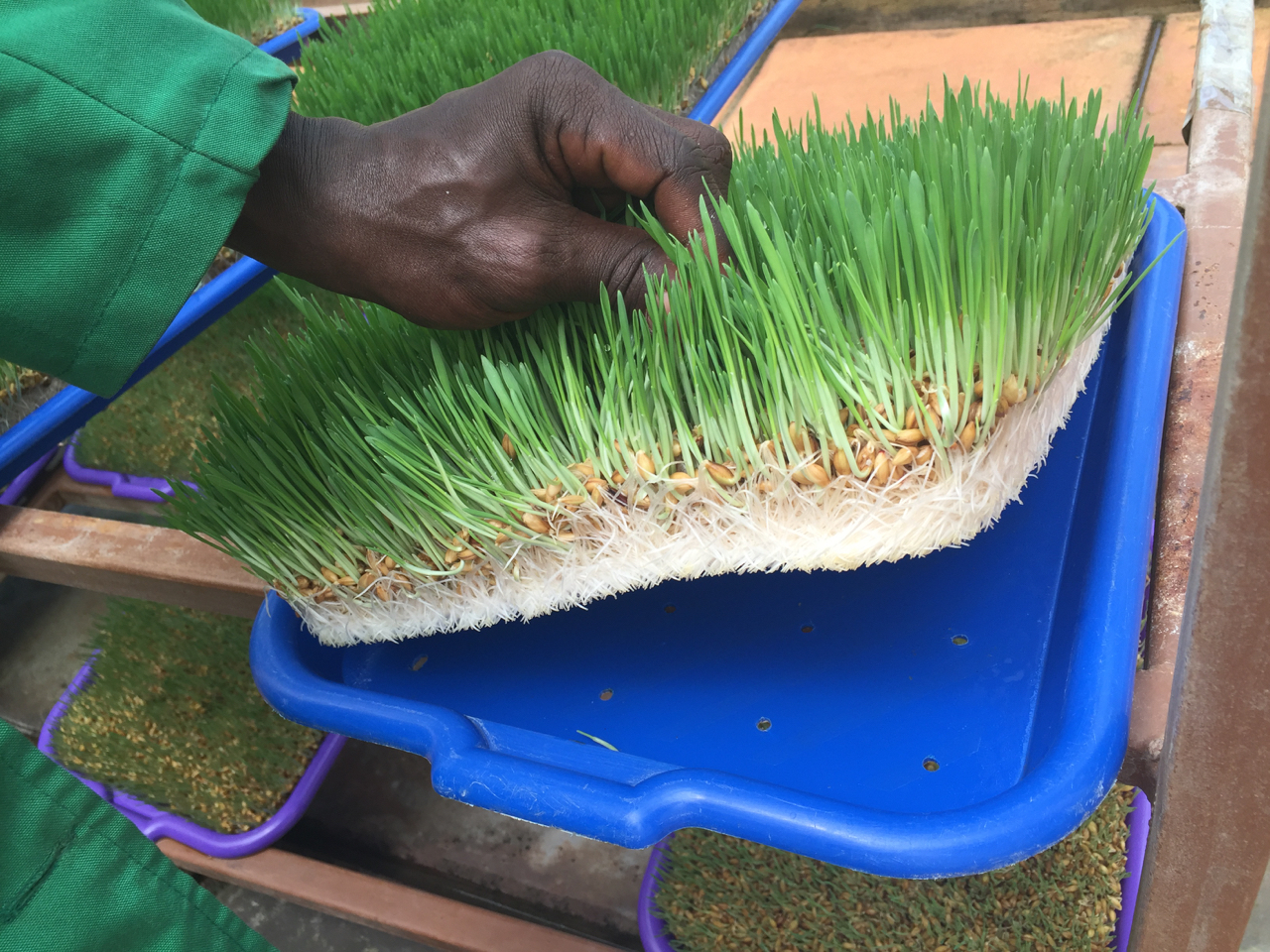 SVF conducted six studies focused on homes that were built by the Dutch NGO HomePlan. Three SVF researchers went to Haïti, Mexico, Nicaragua, South Africa, eSwatini, and Zimbabwe for 2-3 months and visited nearly 400 households to identify and optimize the physical, social, economic impacts of housing provision on the lives of the direct and indirect beneficiaries. 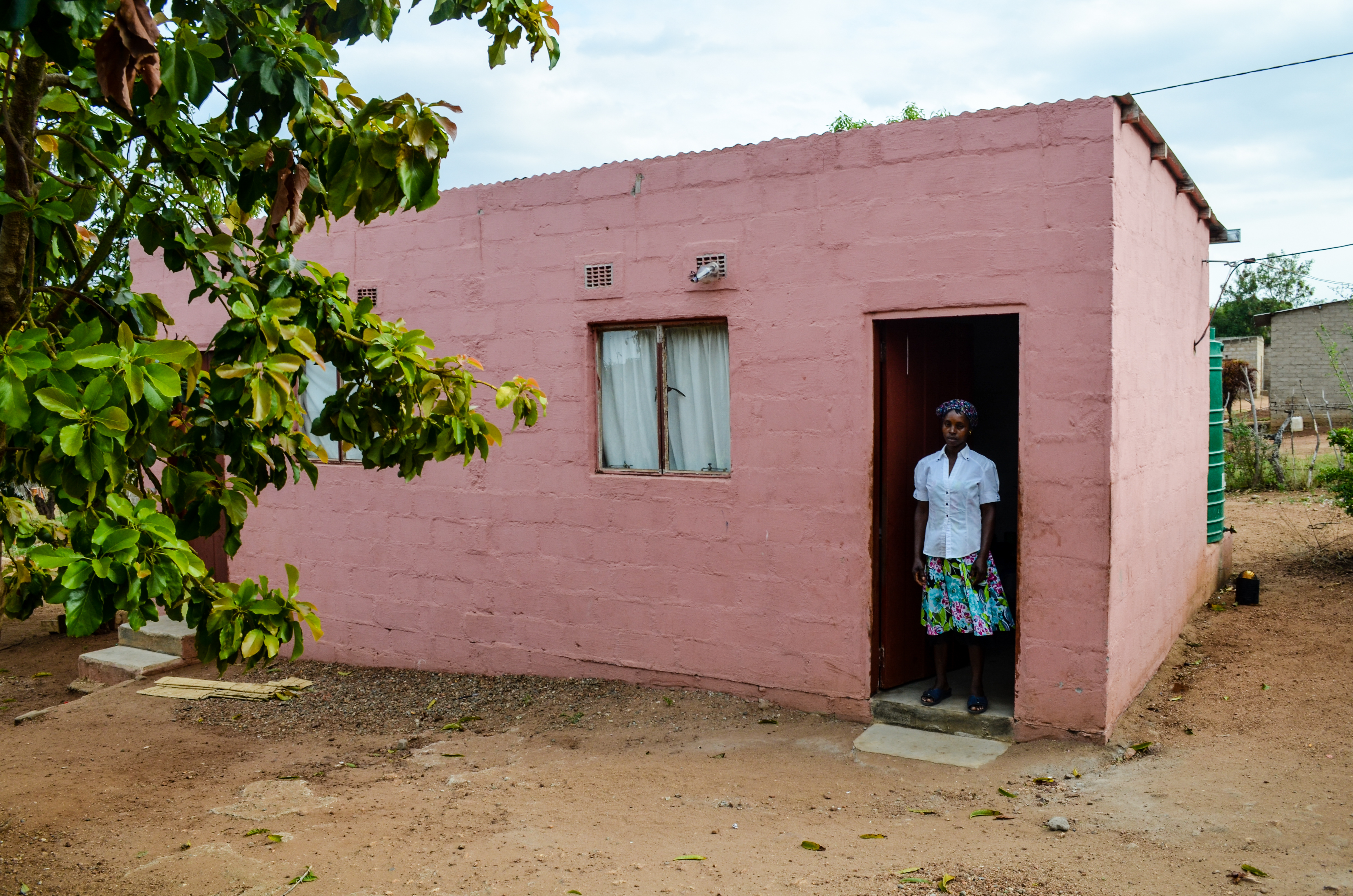 Together with RVO (Netherlands Enterprise Agency), SVF started a pilot to map urban livelihoods in Delta Cities and the possible ways new infrastructure developments could benefit the urban poor. SVF conducted extensive field research around infrastructural investments in Indonesia. One project dealt with the possible construction of a bridge on the island of Kalimantan, while the other dealt with harbour and coastal development in Jakarta. Both projects assessed the potential impact and the local perspective on infrastructural development and examined how infrastructure investments could be streamlined with the interests and needs of vulnerable communities.

In close collaboration with LANDac, CIFOR, (Center for International Forestry Reearch), the Food and Business Knowledge Platform, the Young Expert Programme and SNV Uganda, the project ‘Learning platforms for local food security impact assessment’ was launched. The aim of this project was to make large land-based investments more sustainable and inclusive. SVF identified different impacts of large-scale investments on local communities and brought together stakeholders to ensure that local people equally share the benefits of those interventions. 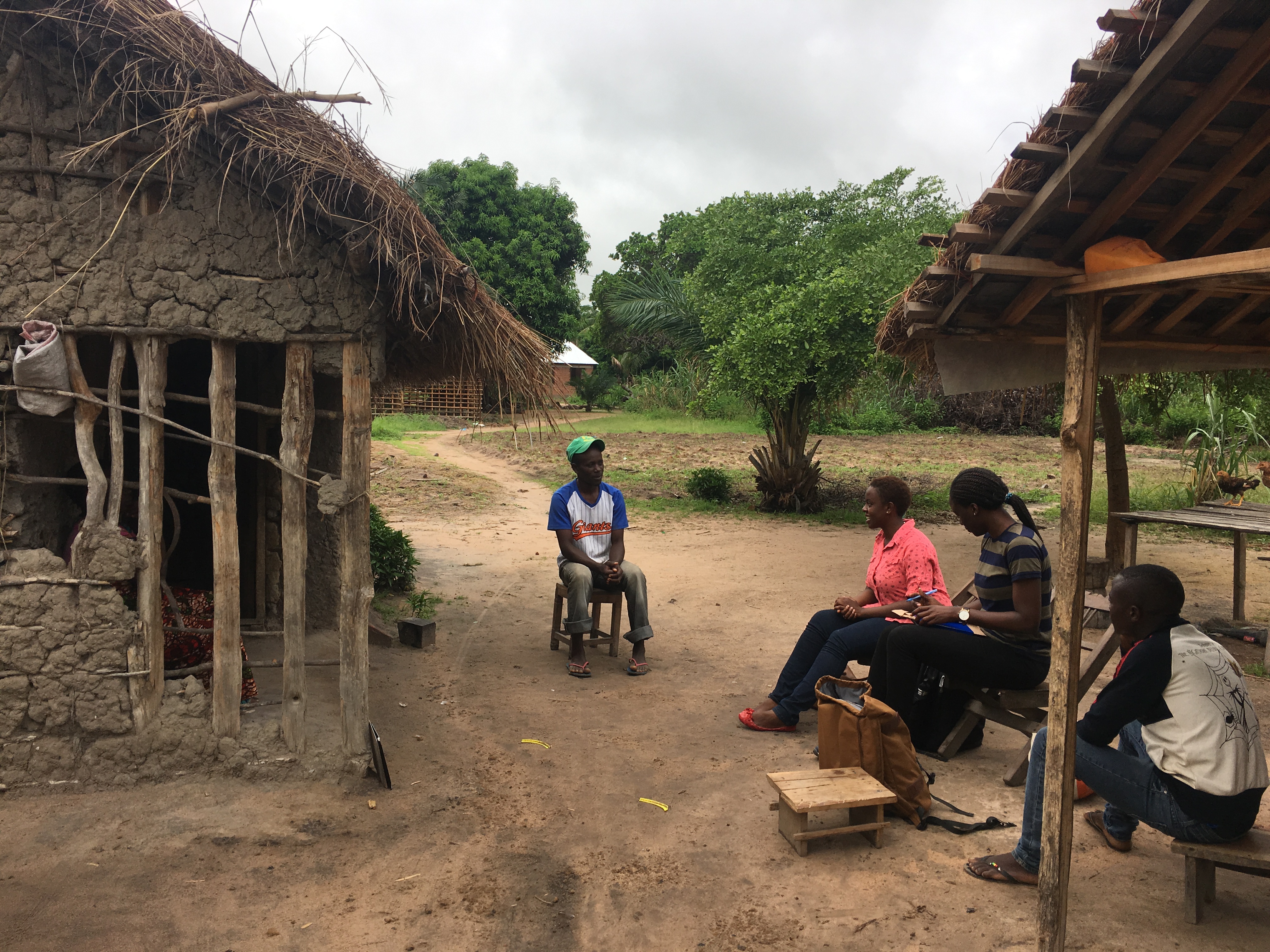 With Human Cities Coalition (HCC), a public-private initiative that aimed to contribute to sustainable and inclusive urban development, SVF conducted bottom-up studies in informal settlement communities around the delta areas of Manila and Jakarta. We locally mapped the context in housing, drinking water, sanitation, waste, and employment, and provided recommendations on how HCC, its partners and the communities can work together in improving the studied services that will lead to more liveable and healthier communities. 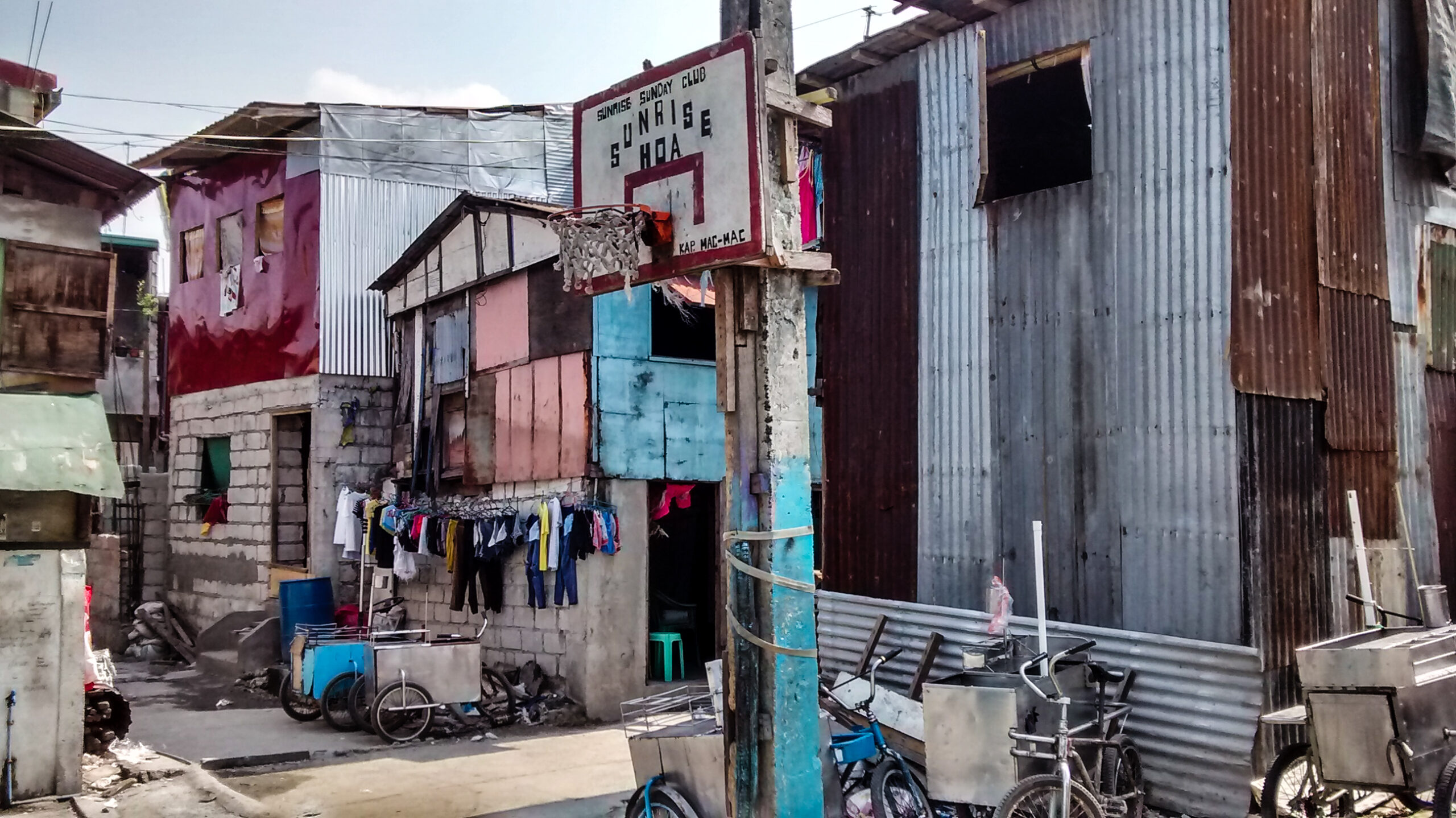 Together with LANDac, SVF mapped the context of various scheduled oil and gas investments in Northern Mozambique and looked at how these investments impacted vulnerable communities. The aim was to stress and further highlight the importance of fair compensation and resettlement with the involved parties and to make sure that promises were being kept. 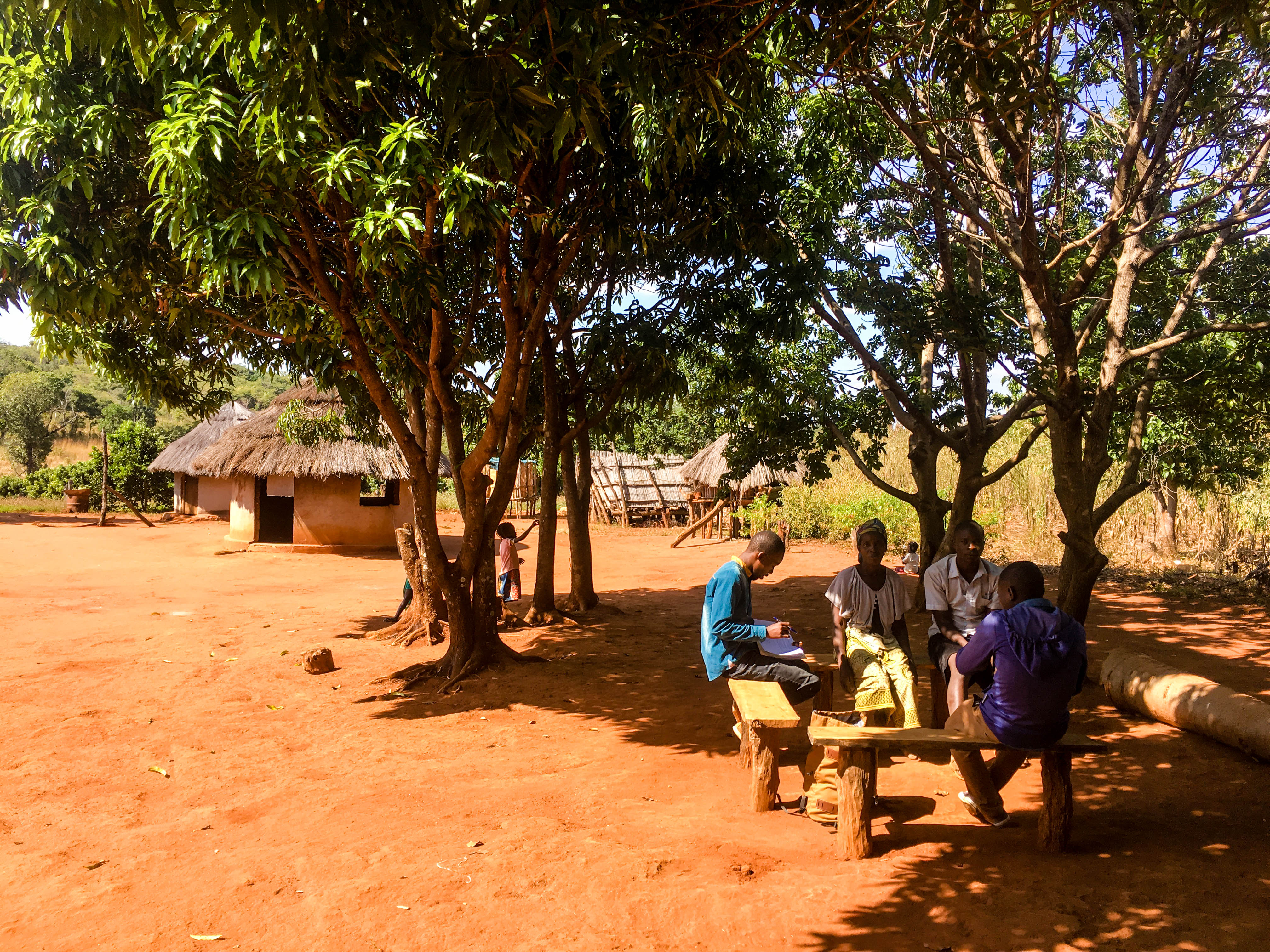 This project by a Dutch NGO Wilde Ganzen aims to make a difference for vulnerable groups in the community through youth empowerment, agricultural skills development, IT training, and (re-)building housing for families in need. We conducted fieldwork to help gain a better insight into the developmental impact of the project and to come up with new ideas and opportunities to optimize the link between the diverse project activities and the local needs of the residents in Ritchie. 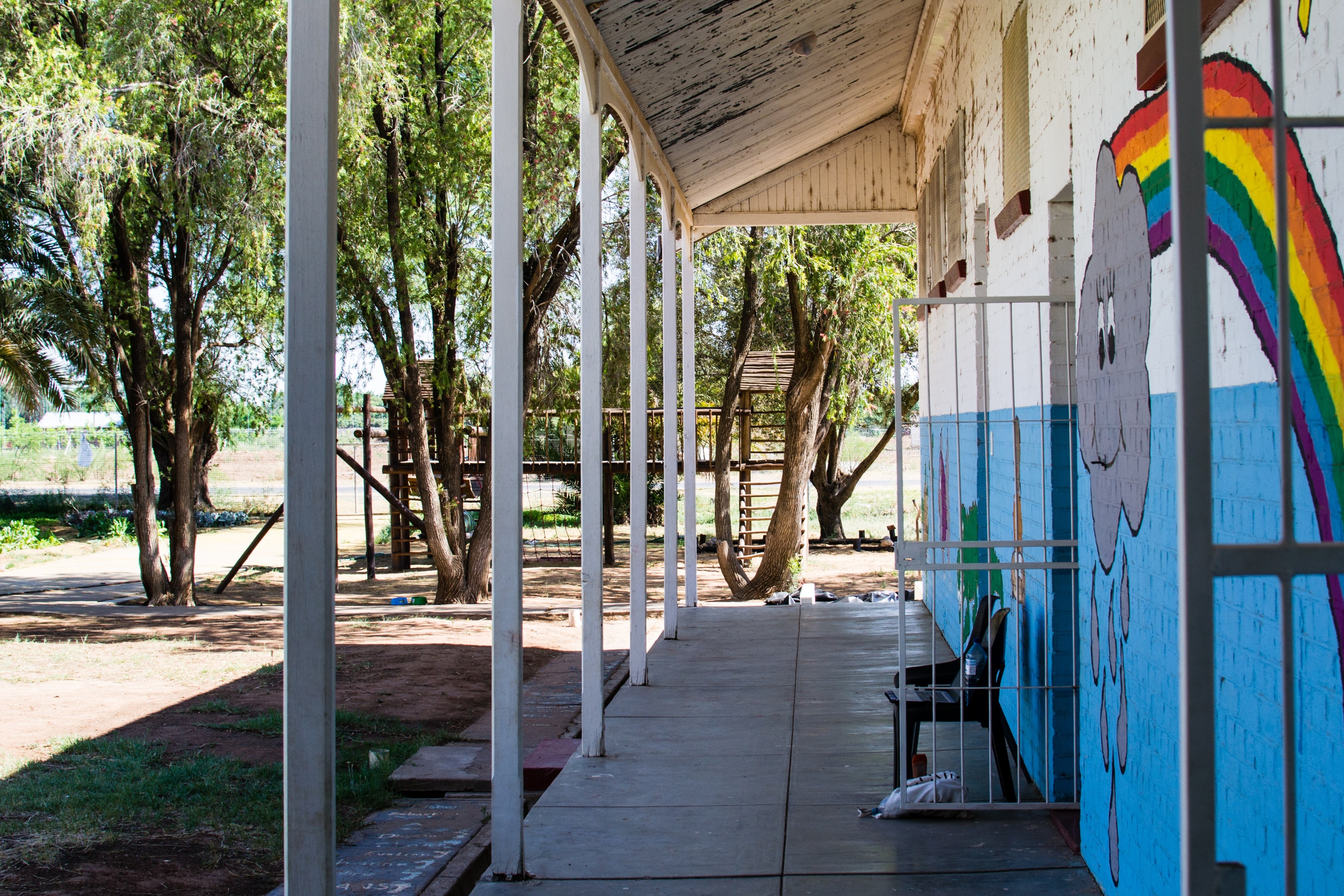 Impact and Sustainability of Computer Schools in South Africa (2018)

Based on the recommendations of SVF in the 2016 study that shelter alone does not automatically provide people a way out of poverty, HomePlan has started supporting incremental projects alongside housing. For this, SVF assessed the impact and sustainability of three computer schools supported by this Dutch NGO in the communities of Pomeroy, Tzaneen, and Wasbank, South Africa. We found that these schools gave mostly black female students a form of self-esteem and respect, and in general, access to better opportunities. 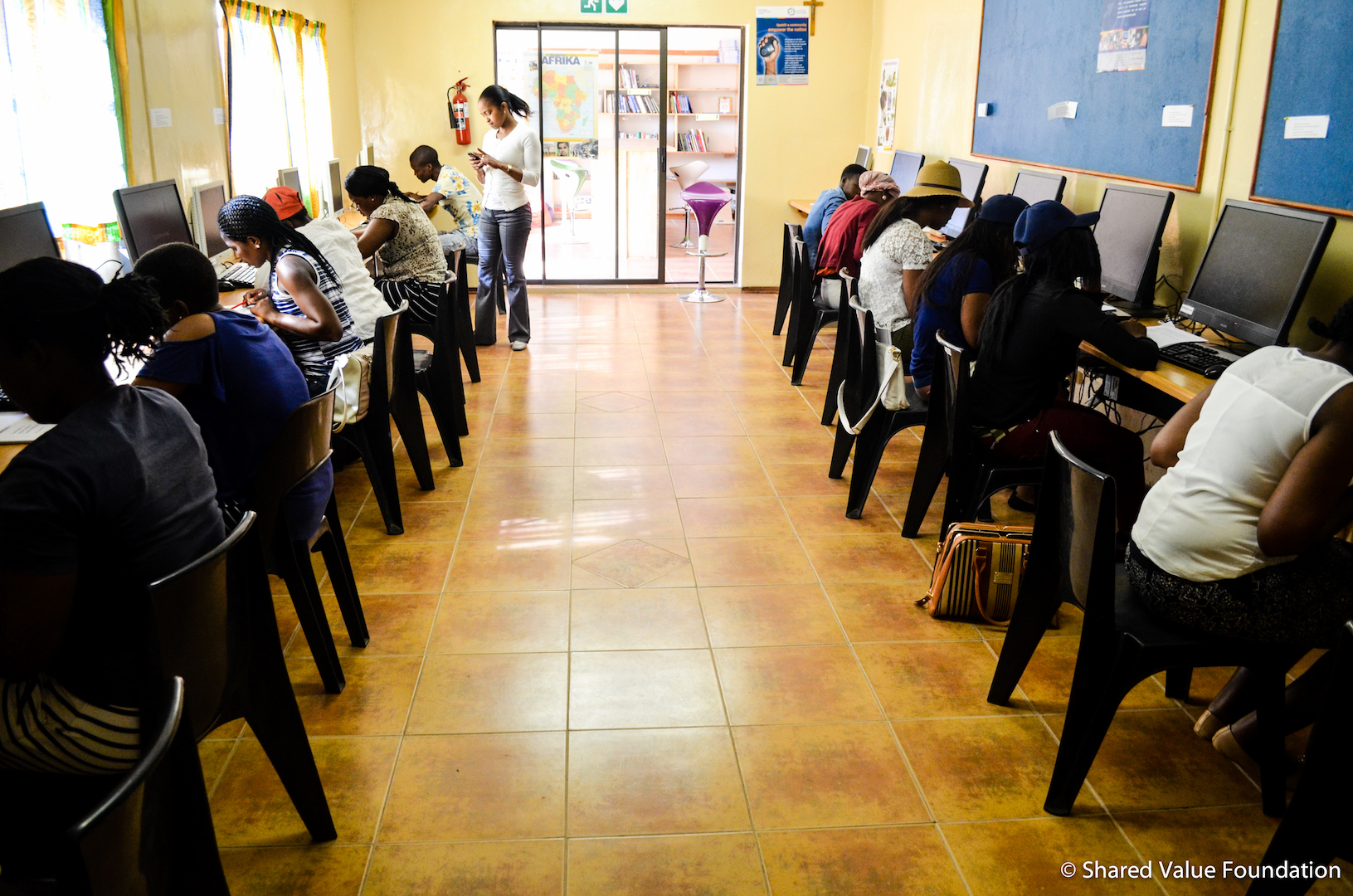 In collaboration with CIMMYT (International Maize and Wheat Improvement Center) and LANDac, SVF conducted an exploratory study on the sustainable transition of maize production in East Africa. The study was presented during the LANDac conference 2019. 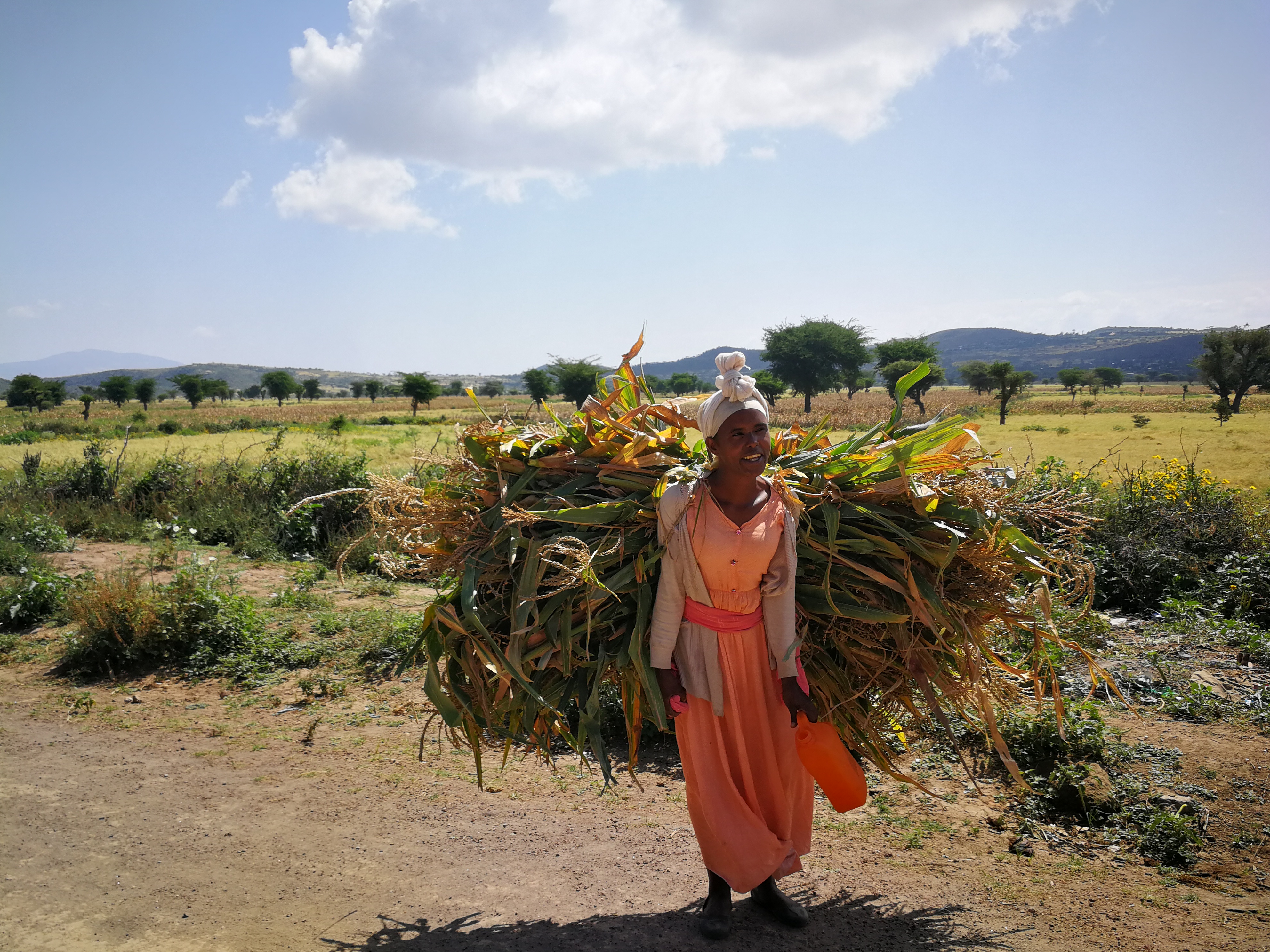 Impact of Oil and Gas Investments in Northern Mozambique (2019)

We further finalized and disseminated research briefs and reports on the impact of oil and gas investments in Northern Mozambique. As a follow-up to the Learning Platforms (2017), SVF also advised a major East African forestry company on possible ways to optimize the impact of its operations on surrounding communities.

Assessment of Development Projects in Haiti (2019) 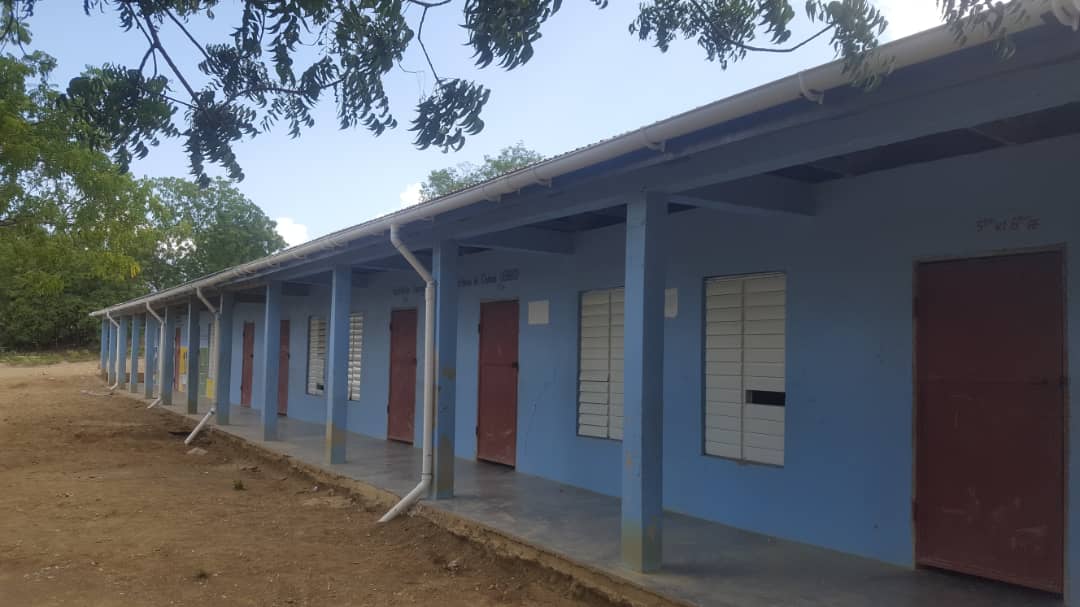 We have intensified our research partnerships with experts in different specializations such as  climate change and resilience, natural resource conflicts, food security, sustainable livelihoods, land subsidence, impacts of large-scale investments, urban development, land governance, sustainable urban transitions, social justice, migration, gender relations, agricultural economics, food security, land tenure, land governance, public policies, and social inclusion. SVF has been conducting and participating in webinars, and book/publication and proposal developments, as well collaborations on impact studies and lecture series for students and the public. SVF also secured seed funding from The Water, Climate and Future Deltas Hub that was used for the development of the  NWA-ORC project proposal ‘Diamonds in the Delta’.